So sorry it’s been so long since I’ve posted. There has been a lot going on! Most of November, I spent working on two different writing projects. Then, with the help of some friends and family, I built a patio. Then, there have been changes at my job, and lastly, my Grandmom celebrated a milestone birthday. Five of the seven siblings were together as well as my other adopted sister (not legally but we aren’t giving her up). We really missed Stephanie and David who weren’t able to come. We also celebrated my Mom’s birthday … I’m extremely thankful to be able to celebrate people I care so deeply about! Below are some pictures from my Grandmom’s party and my Christmas card for 2019. 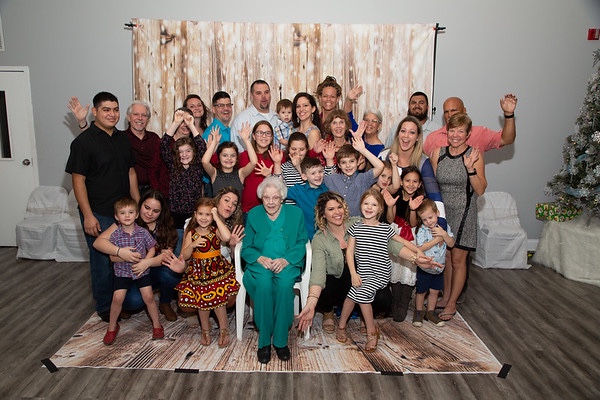 As you can see, there has not been much time to write a blog let alone think about writing one. However, I wanted to share a short story (in my next post) that I wrote over the summer. I actually wrote this for a contest. The trick with this contest was the publishing house hosting this supplied the 1st and 20th paragraph. I had to work those paragraphs into my story. My friend Connie helped me tremendously with this story. She is in exceptional writer and I couldn’t have done it without her. So, in my next blog, I will be sharing this story.

Thanks for being with me this year. I am deeply grateful for you! I hope you have a wonderful Christmas and a Happy New Year! 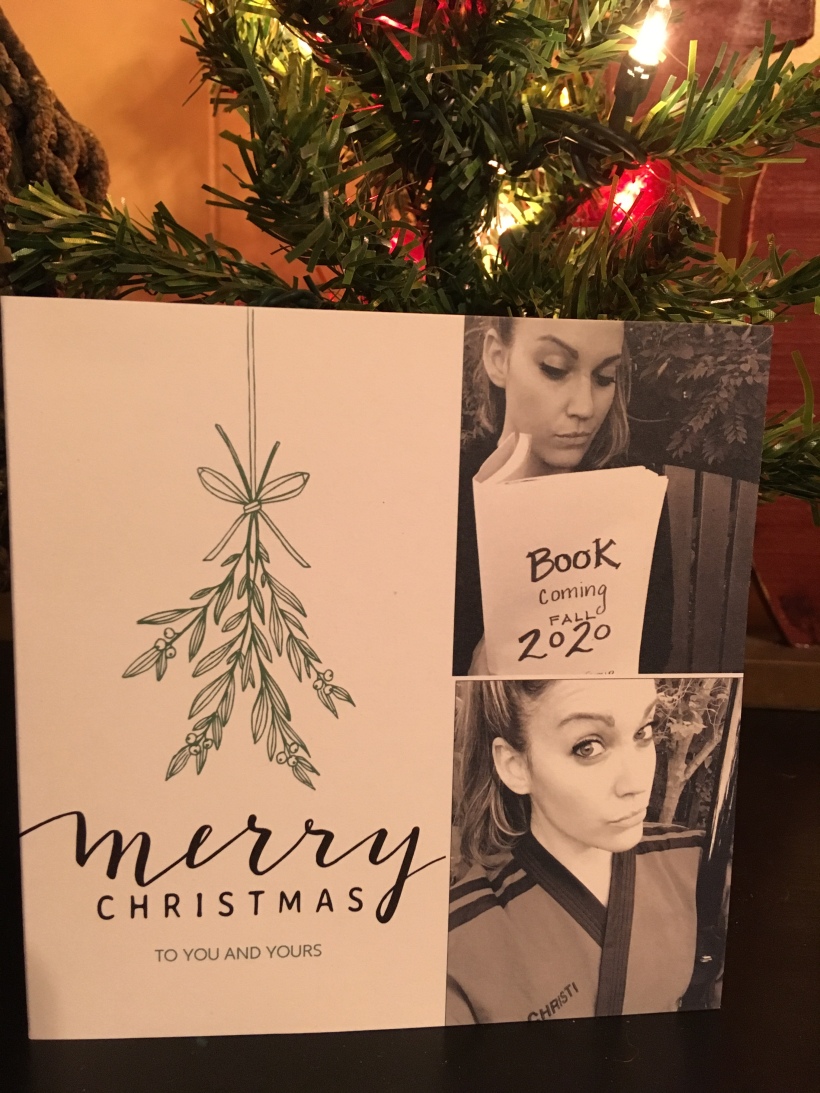 At the end of a sermon, I listened to a pastor give an invitation.  He said, “When will your story become His?” That struck me. To me that sounded like an invitation for everyone.

Isn’t making His story our story an ongoing process?

I can get stuck on asking “why?” Why is this chapter of my life so difficult? Why can’t there be an end to this? Why has this or that not happened? I sometimes wonder if I am doing something wrong.

I saw a video by Michelle Qureshi. If you don’t know, she is the widow of Nabeel Qureshi, a well-known author, and apologist. He passed away at age 34 from stomach cancer. In the video, Michelle said, “I wrestle with why God chose this, but then I’m reminded that I probably still wouldn’t understand all this because I have a finite mind”.

Recently, I came across John 16:12. Jesus is telling his disciples about him leaving and how the Holy Spirit will come. But the disciples still don’t quite understand. Verse 12 says, “I have much more to say to you, more than you can now bear”

Michelle was right. Oftentimes God’s story doesn’t make sense and we cannot bear it all at once. Because God created us, He knows how much we can handle.

Let’s be honest: God’s story often requires us to walk on difficult roads.

If we are called to walk as Jesus walked (1st John 2:6) our story will be hard. Just read the Insanity of God by Nik Ripken. He frequently quotes Matthew 10:16, “”I am sending you out like sheep among wolves. Therefore, be as shrewd as snakes and as innocent as doves.”

“Sheep among wolves? That sounds like a losing battle to me.

Jesus is described as the Lamb of God in John 1:29. Jesus is described in other names, but when it comes to being a sheep, He set the example for us. When tribulations come, when suffering comes, I can look to the Lamb of God who blazed the trail before me. This life is not easy and there will be trouble. There will be heartache. We will be sheep among wolves. Sometimes, part of me wants to be like Jesus, you could just take me out of here whenever (sooner often sounds better than later). Yet, in John 17:12 Jesus prays this, “My prayer is not that you take them out of the world but that you protect them from the evil one.”

There is a purpose for all this- even if you or I cannot see it right now.

In my search about the Lamb of God, I remembered in Revelation 12:11 it says, “And they overcame him because of the blood of the Lamb and because of the word of their testimony, and they did not love their life even when faced with death.”

Revelation 17:14 says, “These will wage war against the Lamb, and the Lamb will overcome them, because He is Lord of lords and King of kings, and those who are with Him are the called and chosen and faithful.”

It’s by the blood of the Lamb that we overcome.

This side of eternity, our stories may look like we’ve lost or are lost. But in Romans 8:18 it says, “For I consider that the sufferings of this present time are not worth comparing with the glory that is to be revealed to us.” There’s a better story coming, that we cannot even compare to our story now.

So, as a human, I will wrestle. Yet, my prayer is for God to write His story for my life. As challenging as it might be it will be worth it. It will be a story of overcoming. Everyone loves the underdog story. Everyone loves a comeback story, and being a sheep among wolves would definitely fit into that category.

If we’re going to let God write our story, we’ve got to surrender the pen.

Song of the Week: Write Your Story, by Francesca Battistelli